Godavari Delta Women Lace Artisans Co-operative Society operates from the small town of Narsapur located on the west bank of river Godavari in West Godavari district. It is here that the Godavari finally meets the Bay of Bengal.

Narsapur is prominently known for lace making which brought it fame around the globe for more than 100 years. Lace making has been the primary means of livelihood for most of the poor rural and semi urban women.

Lace making was first introduced by Mrs. Macro of Scotland. With time, the lace artisans were exploited by the middle men, who were motivated only by profits and not the art of lace making. The artisans were paid low wages but the middlemen amassed large wealth by exporting overseas. There was no certainty that the woman artisan would have work round the year.

The women were only employed on demand. As long as the middlemen were sure to make profit on orders, the women artisans received work. The middlemen enjoyed monopoly in the lace business and exploited the poor artisans. The wages paid were meagre and did not even suffice sustenance.

One of such exploited lace artisan, Mrs. K. Hemalatha took on the middlemen by approaching the All India Handicrafts Board for help and went on to form the cooperative society. She, thus, became the founder president and designer of the society. She aimed to improve the financial conditions of the lace artisans and braved many troubles to get the society registered. She made extensive tours covering over 30 villages. Most of them were inaccessible and could only be covered on foot. This process took more than 2 years to convince the women artisans about the necessity of forming a cooperative society and the benefits it would give.

Mrs. Hemalatha gathered several artisans as members and applied for registration with the government as a Cooperative Cottage Industrial Society. The middlemen exporters had used their influence to its best to prevent the registration of the society. At a certain stage, some of them engaged in a hunger strike at the premises of the Industries Department at the district head quarters to stop registering the society. The matter was also taken up at the ministerial level and finally she was successful in getting the society registration on 19th May 1979. The present strength of the society is 610. 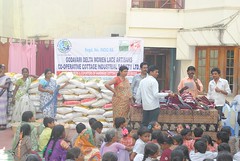 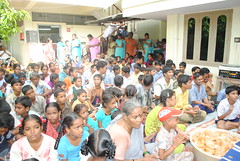 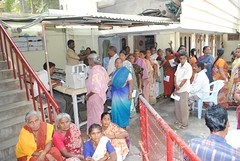 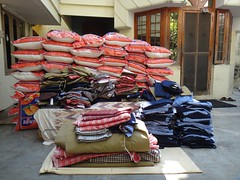 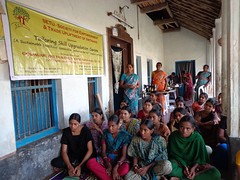 DSC00761
Poor children gather together at a society premises for clothes distribution programme. 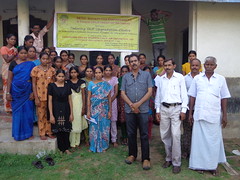 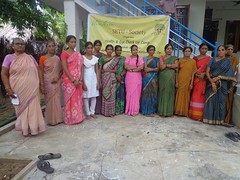 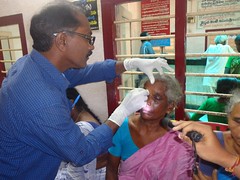 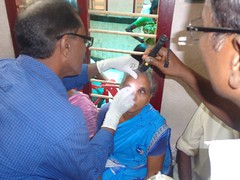 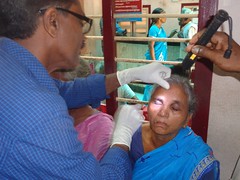 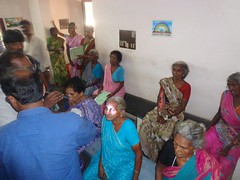 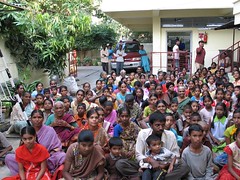 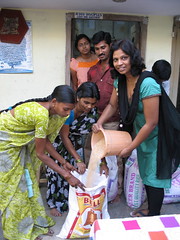 IMG_4786
Mrs.K.Satya sri, president of the society and members of the society conducting the rice distribution programme for HIV/AIDS effected People.